Liverpool host Manchester City on Sunday in a top-of-the-table clash that may go a long way in deciding the outcome of the Premier League title and the unbeaten Reds head into the game with big calls to make in terms of personnel and formation.

Live on Sky Sports this week

Liverpool manager Jurgen Klopp may have seen his team build up a six-point lead over City at the top of the table this season, but the German still has a number of key issues to decide on before he picks his starting XI to face the champions. 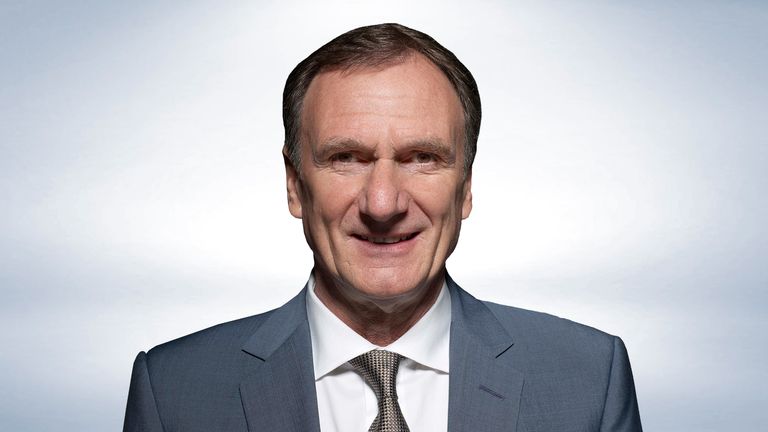 Henderson and Wijnaldum will be sweating on their positions, but Klopp may go with his tried and trusted and potentially look for the impact in the last 20 minutes with Oxlade-Chamberlain

So, with the help of former Liverpool captain Phil Thompson, we examine the various choices facing the Reds boss ahead of City’s visit to Anfield onSuper Sunday.

(Who to partner Van Dijk?

While the identity of most of Liverpool’s defense is already set in stone, who will partner Virgil van Dijk at the heart of the home side’s defense at Anfield is still open to debate.

In the absence of the injured Joel Matip, Van Dijk’s first-choice partner at the back, Klopp must pick between the experience of Dejan Lovren – who was rested for Tuesday’s 2-1 home win over Genk in the Champions League – and the youthful promise of Joe Gomez.

The England international replaced Lovren at Anfield in midweek and there is a thought his pace may see him keep his starting spot in defense in order to better counter the threat posed by Raheem Sterling and Sergio Aguero.

At the same time, Klopp may decide to go with his 30 – year-old Croat – “one of the best defenders in the world“- for a clash he will be desperate his side registers a clean sheet in.

The problem for the league leaders, though, is it has been eight games in all competitions since their last shutout at Bramall Lane on September 28.

Thommo’s view:“For me, I would go with Gomez, I thought he was sloppy against Arsenal in the Carabao Cup, but he was excellent against Genk on Tuesday – I watched him very closely, he was back to his best. The reason I would go with Gomez is because you don’t need the height as such, but you need the pace against City. I would go with him for our back line – Trent Alexander-Arnold, Andy Robertson, Virgil van Dijk and Joe Gomez, in which you have pace throughout. Raheem Sterling, Sergio Aguero and Riyad Mahrez all have skill, but an abundance of pace – it is a massive part of the City mechanic. “

While for many it would be unthinkable for Trent Alexander-Arnold not to play at Anfield given the form the right-back is currently in, rewind back to this fixture last October and that is exactly the decision Klopp made to help keep City’s dangerous forward line in check.

On that occasion the Liverpool manager opted for the greater defensive solidity Gomez offered, with Lovren coming in for Alexander-Arnold and Gomez switching from center-back to right-back.

So in many ways, whoever gets the nod at right-back will tell us a lot about how the hosts will approach the game this weekend.

However, which two? While Fabinho (who was rested last time out against Aston Villa in order to avoid being suspended for this clash) is now one of the first names on the Liverpool team sheet – the Reds have still to lose in the Premier League with the holding midfielder in their starting XI – just which two players will line up alongside him is not so easy to predict.

Prior to this season, Klopp would have had a relatively easy choice to make between Jordan Henderson, James Milner and Georginio Wijnaldum, the latter two who featured in midweek against Genk.

That is no longer the case though after the long- awaited returns to fitness of Adam Lallana and Alex Oxlade-Chamberlain – who have both scored key goals in recent weeks and are now pushing for starts this weekend – while Naby Keita has also recovered from a recent groin problem to further complicate selection matters.

When the two teams last met at the Etihad in January, the Liverpool boss went with a mi dfield of Milner, Henderson and Wijnaldum, with Fabinho replacing the former just before the hour-mark.

Thommo’s view:“I think Oxlade-Chamberlain has forced his way in and it gives Klopp a dilemma. Does he think he is absolutely 100 per cent fit for such a massive game? He certainly looks it and he has to have consideration for this game.With Henderson and Wijnaldum, they never look to strike from 25 – 30 yards, especially the way Oxlade-Chamberlain does. He gives you an added strike power, particularly at home.

“I can see the benefits of Henderson and Wijnaldum away from home, but at Anfield the other option can be striking from range, which Oxlade-Chamberlain excels in. As we saw against Genk and Arsenal, he can shoot from distance and cause an additional threat. This will be another dilemma for Klopp, as the front three speaks for itself.

“Fabinho is probably the best holding midfielder in the country at the moment, so I am not sure who will play alongside him. Henderson and Wijnaldum will be sweating on their positions, but he may go with his tried and trusted and potentially look for the impact in the last 20 minutes with Oxlade-Chamberlain. “

Mane or Salah on the right ?

Klopp almost always employs a 4-3-3 formation, so it would be am ajor surprise were Liverpool not to line up that way on Sunday afternoon.

However, the intriguing aspect of the team’s shape is who Klopp positions in direct opposition to City’s supposed weak link at left-back, Mohamed Salah or Sadio Mane.

The Egypt forward would normally occupy the berth on the righthand side of the Reds’ front line to enable him to cut back in on to his more favorite left foot. However, on this occasion the Liverpool coach may think there is greater merit in starting with the in-form Mane on that flank.

Certainly, it was an area Liverpool exploited brilliantly in both of their most recent wins over City at Anfield, in the Premier League and the Champions League, so it would be a major surprise were Klopp not to adopt a similar tactic this time around.

How will Liverpool approach this game?

Thommo’s view:“I think Liverpool have got to be clever, it doesn’t have to be cagey. Guardiola changed his tactics last year, as the year before that they found themselves on the back of a beating before half-time. He changed his approach to be a bit more defensive. Kyle Walker came out and said that they were told not to venture as far forward and not to play into Liverpool’s hands.

“It worked for them to an extent as Liverpool couldn’t counterattack as well as they did two seasons ago. I think he will do a similar thing in this game, so Liverpool have to be ready for both scenarios. Pep is a very astute manager – he knows what his team possesses and he knows they are very good at what they do.

“Normally, City do not worry about the opposition, but in this context he knows Liverpool can blow you away in a 20 – minute spell, so he can give respect where it is due. Klopp knows City’s pace and power and he will not want to be giving the ball away and allowing them to attack or counterattack in any way.

“I think it will be very cagey game, but my principle hope is that it will be a better match than the Anfield one last year. Because it is at Anfield, Liverpool will go with a high press and get the fans up for it. the first goal to change the dynamic of the match, but Klopp will have caution in the back of his mind. Liverpool will have to be more adventurous than what City are going to be. “

How to watch Liverpool vs Man City

Non-subscribers can watch the game through NOW TV –get a Sky Sports Day Pass for a one-off payment of £ 9. 99.