In wake ofMike Babcock’s firingby theToronto Maple Leafs,rumors and reportsof his questionable habits and cases of psychological warfare have begun to make their way into the public eye. But Babcock isn’t the onlyNHLcoach who is currently drawing strong allegations of troubling past behavior. Calgary FlamescoachBill Peters is now in that conversation.

Peters is currently facing allegations that he used racial slurs against one of his former players while coaching for the American Hockey League’s Rockford IceHogs. In a series of tweets posted on Monday, former IceHogs winger Akim Aliu claimed that Peters addressed him with racial slurs “several times” during his rookie season in 2009-10.

“Not very surprising the things we’re hearing about Babcock,” said Aliu, as he began a Twitter thread. “Apple doesn’t fall far from the Tree, same sort of deal with his protege in YYC. Dropped the N bomb several times towards me in the dressing room in my rookie year because he didn’t like my choice of music.

“First one to admit I rebelled against him. Wouldn’t you? And instead of remedying the situation, he wrote a letter to John McDonough and Stan Bowman to have me sent down to the ECHL. Twenty-year old on pace for 20 goals in his first pro year with zero PP/PK time.”

Aliu, 30, was born in Nigeria and is of Nigerian and Ukrainian descent. He moved from the Ukraine to Canada at the age of seven and spent most of his professional career bouncing around the ECHL, AHL, NHL and overseas.

The IceHogs — the AHL affiliate of theChicago Blackhawks that Peters coached from 2008 to 2011 — released a statement on Wednesday saying, while they take the allegations very seriously, that they had not been aware of the alleged behavior and that any transactions involving Aliu were made without knowledge of the incidents.

“The alleged actions by a former coach toward Akim Aliu while with the Rockford IceHogs are something we take seriously,” the team said. “The purported incident had not been reported or brought to our attention prior to yesterday and had no effect on any player personnel decision regarding Mr. Aliu.”

The NHL also released a statement on Wednesday morning to announce that they were looking into the “repugnant and unacceptable” behavior alleged by Aliu.

The Flames did not make Peters available for media questioning after the team’s game in Pittsburgh on Monday night, but Calgary general manager Brad Treliving met with reporters andsaid the matter is being taken “very, very seriously”and would be addressed internally.

Other players have since come forward to comment on Peters’ behavior. Sean McMorrow, another of Peters’ former players in Rockford,spoke out against the coachfollowing Aliu’s allegations on Tuesday, saying that Peters is the “worst human being to ever coach me.”

Former Carolina Hurricanes player Michal Jordan echoed a similar sentiment as McMorrow, saying Peters was his“worst coach ever by far.”Peters, who coached in Carolina from 2014-2018, allegedly got physical with his players on multiple occasions, including kicking Jordan and punching another Hurricanes player.

Multiple sources confirmed to TSN’s Frank Seravalli that Peters punched an anonymous Hurricanes defenseman in the head during a game.

Peters has been the head coach in Calgary since 2018. 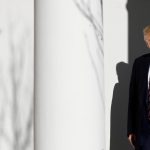 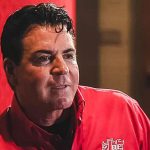