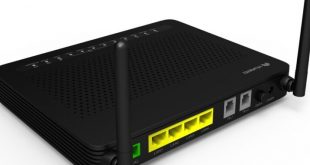 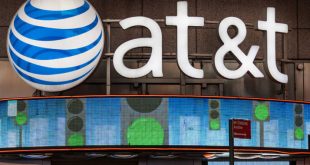 You may be swallowing billions of tiny plastic particles while sipping a cup of freshly brewed gourmet tea, a new study from McGill University in Montreal suggests.

You may be swallowing billions of tiny plastic particles while sipping a cup of freshly brewed gourmet tea,a new studyfrom ** McGill University in Montreal suggests.

Many fancier teas now come in “silken” bags instead of paper. Some of them are pyramid-shaped, which is billed as a way to make room for the large leaves in premium teas to expand.

Nathalie Tufenkji, a professor of chemical engineering at the Montreal university, was surprised to find one such bag in the tea she ordered from a coffee shop one morning.

It looked like plastic , she recalled. “I said, ‘Oh God, I’m sure if it’s plastic it’s, like, breaking down into the tea.’ ‘

So when she got into the lab, she asked her graduate student, Laura Hernandez , To go out and buy a bunch from different brands.

Sure enough, Hernandez’s lab tests showed that when steeped in hot water, the tea bags released microplastic and even smaller nanoplastic particles – and not just the hundreds or thousands Tufenkji had been expecting.

” We were shocked when we saw billions of particles in a single cup of tea, “she said.

One cup from a single tea bag could contain 11 .6 billion microplastic and 3.1 billion nanoplastic particles, the researchers estimated from their results, published Wednesdayin the journal Environmental Science & Technology.

The bits are so tiny – on average, the size of grains of dust or pollen – that the amount in one cup is about 16 micrograms or one-sixtieth of a millig ram of plastic.

But that’s still much more than has been found in other foods and beverages, including tap andbottled water, beer, honey,fish and shellfish, chicken and salt. Tufekji said that’s partly because her study included and counted smaller particles than most other studies. But it’s also because, for most foods and beverages, the plastic is an accidental contaminant. With tea “you’re literally adding plastic into the beverage.”

That may sound unappetizing, but is it a health risk? After all, the plastics are made of PET (polyethylene terephthalate, found in plastic drink bottles) and nylon (used in many food bags and pouches) that are approved as food packaging. And the World Health Organization has saidthe risk from microplastics in drinking water is low, especially if the particles are relatively

So far, scientists don’t know what, if any, risks there might be.

“There’s really no research. But this really points to the need to do those studies, “Tufenkji said. “Think of people who drink one or two or three cups of tea a day, every day.”

“Personally, I would say avoid the plastic tea bags because it’s just another single-use plastic” – something many governments,including Canada’s, are trying to reduce due to theimpact on oceansand thechallenges of recycling it.

The researchers counted the plastic particles by cutting open bags of tea, removing the tea, rinsing off any pieces that might have come off during cutting, and then steeping the bags in distilled water at 95 C. They then took a sample, let the water evaporate, and counted the plastic particles under an electron microscope, then extrapolated to get the amount in one cup. They also used other instruments to identify the type of plastic in each bag.

The researchers also repeated the experiment with uncut bags that still contained tea to make sure the cutting didn’t cause the bags to shed, and with loose tea leaves, confirming that uncut bags shed microplastics too (although they were harder to count) and the plastic didn’t originate from the tea itself.

Finally, they did a preliminary study where they exposed water fleas – tiny freshwater animals distantly related to shrimp – to the microplastics from the tea bags, which are similar in size to their food.

The water fleas didn’t die, but swam “crazily,” Tufenkji said. “It really stresses them out.”

Tufenkji said the results point to the need for more studies with other animals.

It also motivates her research group to see if other plastic packaging might be releasing particles into food and beverages.

The study was funded by the Canada Research Chairs program, the Canada Foundation for Innovation, the Natural Science and Engineering Research Council of Canada, and

Here are the takeaways

Matthew Hoffman, a researcher who studies freshwater plastic pollution at the Rochester Institute of Technology but wasn’t involved in the new study, said the experiments seemed well designed and robust.

“One of the big takeaways,” he wrote in an email, “is that the humans would be exposed to orders of magnitude more plastic particles than has been reported from previous food and drink studies. “

His colleague, Christy Tyler, an aquatic ecologist who was also not involved in the newly released research, noted the small size of the particles in the study.

“We’re getting a clearer understanding that nanoscale plastics ( like other nano-scale particles) can cross into cells, “she wrote.

While it wasn’t clear exactly how the microplastics were causing changes in the water fleas, and we don’t know the effects on humans, she added, “it’s still cause for caution in how we approach widespread use of these materials in our everyday products.”

searchnearest-neighborsword-embeddinggraph-algorithmsrustIndexing Billions of Text VectorsOptimizing memory-usage for approximate nearest neighbor searchDecember 7th, 2019A frequently occurring problem within information retrieval is the one of finding similar pieces of text. As described in our previous posts (A New Search Engine and Building a Search Engine from Scratch), queries are an important building block at Cliqz. A query…