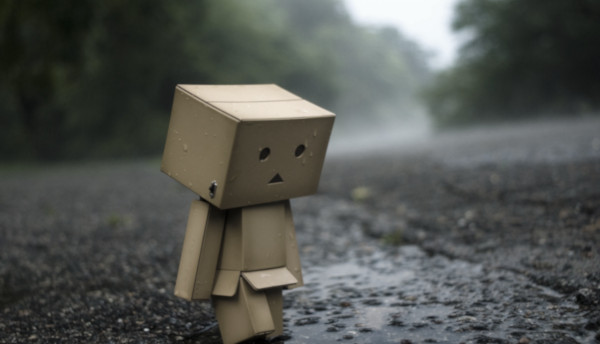 Today I’m going to tell you a sad tale of a device called the Librem 5 and the company behind it, Purism. As of right now, this story does not have a happy ending. I am writing this series of articles as a protest against the behavior of Purism, a company which claims that transparency and openness are their core values. If they won’t tell the world the truth about the Librem 5, then I’m willing to at least give it a go.

First thing’s first: Last month I promised to blog about about low powered computing and my progress in trying to adapt my small server approach for laptops. Though I did receive my Pinebook Pro, as a wise man once said, “The best-laid plans of mice and men often go awry.” This project was no exception. Getting to a point where I can post a worthwhile update on the Pinebook Pro and how it ultimately relates to my low powered computing initiative is going to take a bit longer than I had originally hoped. Sometime soon I’ll circle back around to this topic, count on it.

Now a lot of you probably don’t know who Purism is. Purism is essentially a technology company that produces FOSS compliant hardware powered by FOSS compliant software. That along with other relevant information can be foundhere. Regular readers will know thatI own one of their laptops, a Librem 15 v3 and that I’ve been pretty pleased with it over the last two years. Regulars will also know thatI backed their Librem 5 FOSS Linux Powered Smartphone crowd funding campaigna couple years ago. If you’ve read the linked posts, then you know that at some point I was pretty enthusiastic about this company and their products. I’m typing this on a $ 2000 laptop I purchased from them two years ago for crying out loud. So what went wrong?

It all started in early September when they announcedtheir plans for shipping Librem 5 phones to backers. Prior to this post, I hadn’t been paying that much attention to the campaign outside of reading Purism blog posts whenever they happened to pop up on my radar. The reason for this was simple: In my opinion, this was a long term project and it needed time to get ramped up. Purism’s post seemed to indicate that we had finally reached that point. Given that, I decided it was time to really start paying attention. A week later Purism followed up by posting aShipping Batch FAQ. Less than a week after that I got an email asking me what batch I wanted to be part of. I responded with Aspen, Birch and Chestnut (in that order). Finally on September 24 th, 2019, Purism madethis postin which they claimed that their assembly line was operational and that phones were now being shipped to backers.

I hear you asking, “Whats the problem?” Well not a single backer has received an email asking what kind of modem and / or power adapter they wanted with their Librem 5 nor has any backer received a shipping notice or an actual phone. Now while thePurism Forumsand/ r / Purismcan’t claim a monopoly on people who have backed the project, at some point over the course of a month you’d expect somebody outside of Purism to proudly announce having received a phone. Or to publish a review. Or create a video about it. None of these things happened.

While I can’t tell you for sure what happened, I can say that at this point in time, there appear to be only three or four operational Librem 5 phones in existence. Most of them can be seen inthis postPurism made on October 16 th, 2019. The very first one belongs to the Chairman of the Board of Directors of Purism. It is the one that doesn’t have the nice black chassis and notably the only phone you’ll see in all the photos of their assembly line. As far as anybody can tell, it is the only model like that currently in existence. This is despite the fact that Purism claimed to be shipping this model to customers for a full week and a half before the chassis was upgraded to the much nicer looking one.

The next two phones both have the newer chassis and at least one is likely still in the possession of Todd Weaver, the CEO of Purism. We know this because he showed up at Gardiner Bryant’s place in Maine and showed him these devices, answered a fair number of questions and even let Gardiner film as he disassembled and reassembled one of the phones. This resulted in a series of videos, all of which you can watch in order if you’d like by clicking on the following links:Video # 1,Video # 2andVideo # 3. Fun fact: Despite the fact that Gardiner was an early backer of the Librem 5, Todd didn’t allow him to keep a phone and took both devices with him when he left.

The last phone appears to be currently in the possession ofBryan Lunduke. He is a notable Linux Internet personality and his fame is mostly derived from being one of the founders ofJupiter Broadcastingand his hilarious and endearing series of“Linux Sucks”presentations. Lunduke is currently serving as the Marketing Director at Purism which appears to be putting him into a very awkward position as he cannot champion the best interests of the community while also fulfilling his role at Purism.

Once Lunduke received his phone on October 11 th, he began to tease out images of it running various pieces of Linux software, though quite notably he has yet to produce a video of the device. It’s worth noting that some skeptics in the community have theorized that Lunduke’s phone is actually one of the phones that Todd was carrying when he visited Gardiner. While there isn’t much evidence that tells us whether or not this is the case, it is probably notable that Lunduke didn’t receive his phone until after Todd’s visit with Gardiner on October 10 th was concluded.

So why hasn’t Lunduke made a video on the Librem 5? It’s hard to know for sure but I have no problem speculating here. To put it bluntly, there are a few things we’ve never actually seen the phone or its dev kit predecessor do successfully. This lack of basic functionality makes it very difficult to make a video about the phone that seems to be fair and balanced in any way.

Most notably among those things is the ability to make and receive traditional phone calls. Sure we’ve seen screenshots of it calling people, but we’ve never actually heard it do this. This is important because according to Purism’s own public issue tracker,call audio currently has severe unresolved problems, meaning that its currently not possible to comfortably make a traditional phone call on the Librem 5. In addition, Todd Weaver openly admitted in one of his videos with Gardiner, that the phones camera and bluetooth hardware does not yet function. He also stated that battery life is still rather poor as he himself requires two fully charged batteries himself to get through a full day. In addition the phone still lacks proper power management and future iterations will be re-engineered to include a heat pipe that will help with the current thermal issues.

Finally, despite the fact that Purismheavily implied on the original crowdfunding page that it was supposed to be powered by a full FOSS stack, it has now been made clear that the phone will have to use proprietary firmware blobs for a variety of onboard devices. Despite all of these issues, they are saying this device is ready to be shipped to customers. Only as best as we can tell a month later, it isn’t even close to ready. More information on why I believe the original crowdfunding page heavily implied that phone would be blob free can be foundin this reddit post I authored on the topic.

This Social Purpose Report must be made publicly accessible (for free) on the corporation’s website. The report must be available no later than four months after the close of the SPC’s fiscal year, and it must remain on the website through the end of the fiscal year.

If you really take the time to go throughPurism’s websiteYou’ll see that they’ve never made a Social Purpose Report available despite the fact that they’ve been an SPC for two and a half years. To make a long story short, I reported the violation to the Attorney General of Washington State and they immediately routed it through their “Informal Complaint Resolution” process which all but guarantees that Purism will not have to pony up any useful information as that process levies no obligation upon them to respond. If you are more interested in this angle of the situation, feel free toread my reddit post on the subjectin which I go into a much greater level of detail.

While I realize this has been a rather long post, there is more to come as we have only barely began to scratch the surface. Keep your eyes peeled as I’m already deep into writing the next part! 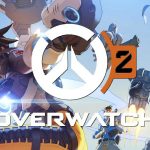