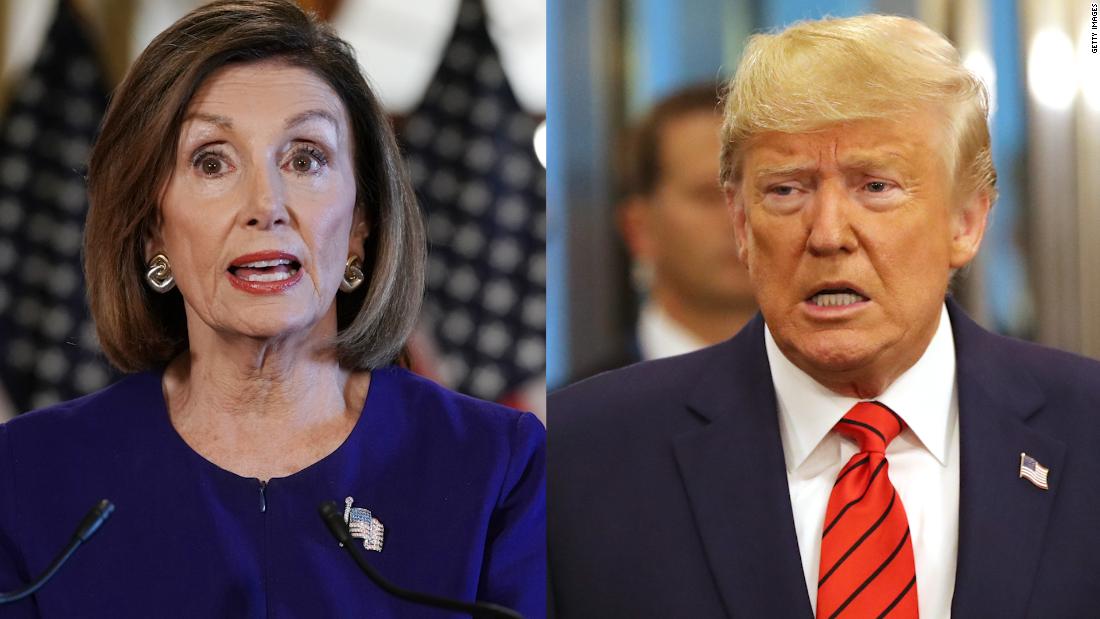 A version of this story appears in CNN’s Impeachment Watch newsletter. To get it in your inbox, sign up for freehere

Trump welcomes the fight –Rather than trying to avoid impeachment, the President is now welcoming a swift vote so he can defend himself in a subsequent trial in the Senate, where Republicans are in the majority. Shortly before Pelosi’s announcement,he had tweeted, “if you are going to impeach me, do it now, fast. ” Remember: The White House sought to block nearly all cooperation with the impeachment inquiry.

No more questions –CNN’s Manu Raju asked Majority Leader Kevin McCarthy if it’s ever OK for a President to investigate someone like Joe Biden (a domestic political rival). The California Republican said something about the Democrats having always wanted to impeach Trump, mentioned the warnings of the Founding Fathers and then walked away.Watch it.

‘Damn liar ‘-Biden, who Republicans may try to force to testify in a Senate trial,became angry with a voterin New Hampton, Iowa, after the man challenged him over his son’s involvement with Burisma, a Ukrainian natural gas company. “You’re a damn liar, man, that’s not true,” Biden responded. “And no one has ever said that, no one has proved that.” He also challenged the man to a pushup or IQ contest when the man challenged his age and mental fitness.

This is a good place to note that the ultimate toll Trump’s Ukraine scandal will have on Biden – regardless of whether the facts are on the former vice president’s side – is unknown.

More Mueller –Democrats appearpoised to include elements from former special counsel Robert Mueller’s Russia report, which documented potential obstruction of justice by Trump but was barred from recommending prosecution for him. There was not a critical mass for impeaching Trump last spring after the Mueller report was released. It was Trump’s Ukraine phone call that amplified support for impeaching the President.

Any votes up for grabs ? –At least one Republican who hasn’t ruled out voting for impeachment based on Trump’s behavior, Rep. Francis Rooney of Florida, said he might oppose impeachment on process grounds – because Democrats moved too quickly and didn’t spend enough time in court trying to compel more testimony.

Read this: Is Nunes a witness or an investigator? –CNN’s Marshall Cohen writes that the appearance of Rep. Devin Nunes’ phone number in the House Intelligence Committee’s impeachment report and his contacts with Rudy Giuliani and indicted (for different reasons) Giuliani associate Lev Parnas have created a bizarre triangle. Nunes is botha chief defender of Trump on the Intelligence Committee and a possible material witnessto quid pro quo.

This is not politics, this is not personal, Pelosi says: ‘Don’t mess with me’

Rather, she told reporters Thursday after officially announcing this morning that the House Judiciary Committee would begin drawing up articles of impeachment, this is about protecting the Constitution from Trump’s abuse. And that’s it.

Check out theImpeachment Watch podcast, which largely centered on Pelosi on Thursday, with David Chalian, Nia-Malika Henderson and Michael Zeldin.

Key moments from her news conference:

‘Don’t mess with me’ on the question of hating Trump

In a dramatic moment, as Pelosi was leaving, a reporter yelled to ask if she hated Trump. The question stopped her dead in her tracks and she turned around to address it.

“I think this President is a coward when it comes to helping our kids who are afraid of gun violence, “she said. “I think that he is cruel when he doesn’t deal with helping our Dreamers, of which we are very proud of. I think he is in denial about the climate crisis. However, that’s about the election.”

“This,” she said, tapping hard on the podium, “is about the Constitution of the United States and the facts that lead to the President’s violation of his oath of office. as a Catholic, I resent your using the word ‘hate’ in a sentence that addresses me. I don’t hate anyone. “

” I pray for the President all the time, “Pelosi said. “So don’t mess with me when it comes to words like that.”

She was asked if this will divide the country

“We don’t take any glee in this at all. It’s heartbreaking. But the President gave us no choice, so we’re not going to say, ‘Well, we would – we would honor our oath of office, but -‘ But what? He’s the one who’s dividing the country on this. We are honoring the Constitution of the United States. “

“This has absolutely nothing to do with politics It is not about politics, partisanship, Democrats and Republicans. That’s totally insignificant. It’s about the Constitution of the United States, the oath of office we take to protect and defend the Constitution from all enemies, foreign and domestic. President not honoring his oath of office. So no, I’m not concerned. “

About a political backlash, here are some facts

The popular perception is that a backlash to the impeachment of Bill Clinton led to his highest approval ratings. And that’s a fact. But it might be the wrong factoid to consider.

Trump will be the third president impeached. For this exercise we’ll also count Richard Nixon, who resigned rather than be impeached.

Both Nixon and Clinton were in their second terms, so they couldn’t stand for reelection. Andrew Johnson was in his first term, but he had ascended to the presidency after Lincoln’s death. He was already a lonely Democrat in Washington. He didn’t even get the Democratic nomination in 1868.

But look at which party won the next presidential election after each impeachment effort and you’ll see the party that initiated impeachment is three for three.

So there is certainly grist for Trump’s argument that impeachment will bring Republicans together. But there’s no basis for the idea that impeachment helps anyone get reelected because it hasn’t.

Unlike in the House hearings, they’ll play a big role.

Unlike in the Senate trial of Clinton, it appears there could be live and in-person testimony during the trial. Would Republicans call the Bidens? Would Vice President Mike Pence or Secretary of State Mike Pompeo sit in? There are a lot of questions on this.

Mattingly also offers this background on how senators (Trump’s jurors) are preparing:

* Sen. John Kennedy says his staff had created a detailed briefing book of past impeachments and precedents he’s working through.

* Sen. John Cornyn is doing something similar – noting earlier this week he was moving through the details of President Andrew Johnson’s impeachment.

* A number of Senate staffers and a few senators told me they are reading The Breach, Peter Baker’s book on the Clinton impeachment.

* C-SPAN clips from 1999 are being passed between offices, and the Congressional Record transcripts of the 1999 proceedings are also being read in several offices.

* Sen. James Lankford, an Oklahoma Republican, even released a podcast episode on the process, with guest Alan Frumin, the former Senate Chief Parliamentarian.

Keep track of congressional action withCNN’s Impeachment Tracker. See atimeline of events. And get your full refresher onwho’s who in this drama. 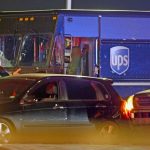 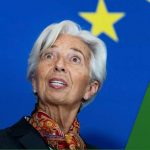