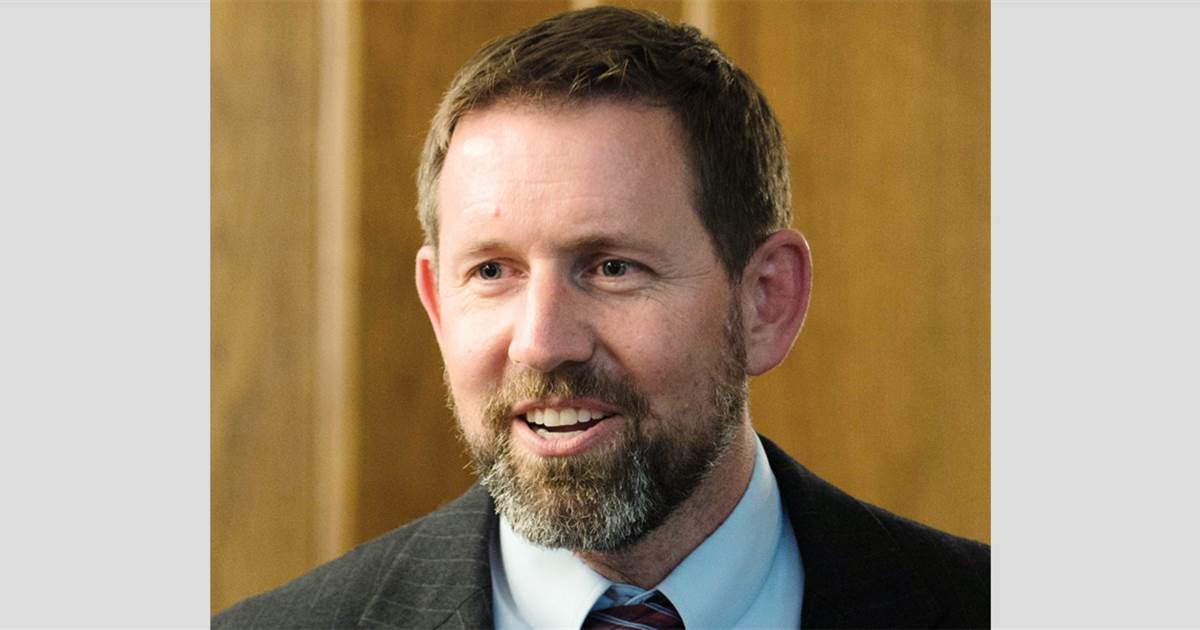 A federal appeals court nominee broke down in tears during a Senate Judiciary Committee hearing Wednesday when confronted with a scathingletter from the American Bar Associationthat deemed him “not qualified. ”

The association cited the record of the nominee, Lawrence VanDyke, on LGBTQ issues, along with allegations that he’s“ arrogant, ”“ “lazy” and “an ideologue.”

“Some interviewees raised concerns about whether Mr. VanDyke would be fair to persons who are gay, lesbian, or otherwise part of the LGBTQ community, ”said the ABA’s letter, based on dozens of interviews with lawyers and judges in a position to assess VanDyke’s“ professional qualifications. “Mr. VanDyke would not say affirmatively that he would be fair to any litigant before him, notably members of the LGBTQ community. ”

VanDyke, President Donald Trump’s nominee for the 9th US Circuit Court of Appeals, one level below the Supreme Court, struggled to speak during Wednesday’s hearing after Sen. Josh Hawley, R-Mo., Asked him about the ABA’s concerns that he would not be fair to LGBTQ people if confirmed.

“No, I did not say that,” VanDyke said tearfully , after 15 seconds of silence. “I do not believe that. It is a fundamental belief of mine that all people are created in the image of God. They should all be treated with dignity and respect. ”

When Hawley asked if he could commit to treating every litigant“ with respect and with dignity ”if confirmed, VanDyke answered:“ Absolutely, Senator .

“I would not have allowed myself to have been nominated for this position if I did not think I could do that, ”he said.

When Hawley pressed VanDyke as to whether his answer included“ members of the LGBT community and any other community that has been historically disadvantaged in this country, ”VanDyke once again responded affirmatively.

Despite VanDyke’s stated commitment to treating LGBTQ litigants fairly, some advocates were skeptical about whether he would fairly serve all constituents of the 9th Circuit, which is based in San Francisco and includes Alaska, Arizona, California, Hawaii, Idaho, Montana, Nevada, Oregon and Washington.

“We’re deeply concerned about the nomination of VanDyke, because he’s shown a demonstrated history of animus towards the LGBTQ community, ”Sasha Buchert, a senior attorney at the LGBTQ civil rights group Lambda Legal, told NBC News. “This animus has been persistent in his career and has not changed in any way, and the hearing confirms that.”

VanDyke, 46, has been accused of attacking LGBTQ rights as far back as 2004, when in an op-ed forThe Harvard Law Recordhe said that there was “ample reason for concern that same-sex marriage will hurt families, and consequentially children and society. ”In 2010, he argued that college student groups had a First Amendment right to exclude LGBTQ students from membership. Two years later, while serving as Montana solicitor general, VanDyke argued against same-sex marriage in two cases, and in a third argued that photographers should be entitled to deny their services at wedding ceremonies of same-sex couples.

VanDyke has also represented and worked as a legal intern for the Alliance Defending Freedom, which is described by the Human Rights Campaign as the“Largest anti-LGBTQ legal group in the US”and has been designated a “hate group” by the Southern Poverty Law Center. Vanita Gupta, president ofthe Leadership Conference on Civil and Human Rights, views VanDyke’s connection to a group that has defended proposed laws to require sterilization of transgender people and criminalize same-sex relationships as evidence of “his acceptance of its radical agenda.”

In addition to VanDyke’s anti-LGBTQ record, critics have accused him of working to undermine reproductive rights and environmental protections and pointed to his documented support for the National Rifle Association andthe Federalist Societyas evidence of his conservative bias.

Adam White, a resident scholar at the American Enterprise Institute and a law professor at George Mason University, called the ABA’s letter a “smear campaign” inan op-ed Wednesday in The Wall Street Journal.

‘The courts of last result’

Buchert said VanDyke’s nomination is part of a larger conversation that needs to be had about Republicans’ “stacking the bench” and granting lifetime appointments to people “who are unable to provide impartial justice.” She added that while the Supreme Court often gets the most attention, the circuit courts are the ones capable of inflicting “the most damage.”

“The Supreme Court only takes about 100 cases a year, while these Circuit courts take around 50, 000 per year, ”Buchert said. “The circuit courts are the courts of last result, and are often the courts that are going to be taking up cases on LGBTQ issues, racial justice and other important cases.”

A December 2018 report from Lambda Legal claimed that more than 1 in 3 of Trump’s Circuit Court nominees “have a demonstrated history of anti-LGBT bias.” The report also stated that in the last 20 years, only 12 nominees rated “not qualified” by the ABA had gone on to be confirmed – four of them Trump nominees. The ABA noted, however, that it has issued “well qualified” or “qualified” ratings to 97 percent of Trump’s nominees.