Few expect Donald Trump to be removed from office come the end of his impeachment trial, but the Democrats have been given new fuel in their pursuit of sworn evidence from former US national security adviser John Bolton.

Here’s what you need to know from day six of the trial.

Mr Bolton’s explosive allegation features in his new book, The Room Where It Happened. Pressure is now growing among Republicans to allow him to testify.

He’s an unlikely hero for Democrats, but they hope he could be a star witness and provide damming evidence of wrongdoing to help support their case of removing the president from office. Mr Trump plans to block him from talking on the grounds of protecting national security.

That could set the stage for a potential showdown in the Supreme Court.


Image:
Trump does not want John Bolton to testify

The reality is, there may now be enough new pressure on Senate Republicans to allow witnesses at the impeachment trial. Mr Bolton is not a peripheral figure. He worked closely with Mr Trump and he’s the first person to claim he was a direct eyewitness to the president tying aid to investigating Joe Biden.

Moderate Senators Mitt Romney and Susan Collins have already strongly signedalled they would vote for witnesses. Democrats only need two more Republicans to potentially push it over the line.

But the story doesn’t end there. Mr Trump has made clear he will try to exert executive privilege and cite national security concerns to prevent Mr Bolton from talking.

His defense lawyers say Mr Bolton’s account does not change any facts. But he is a key figure and his evidence explicitly speaks to the Democrats’ case. The White House will have a fight on its hands trying to stop the Senate from at least hearing him out. 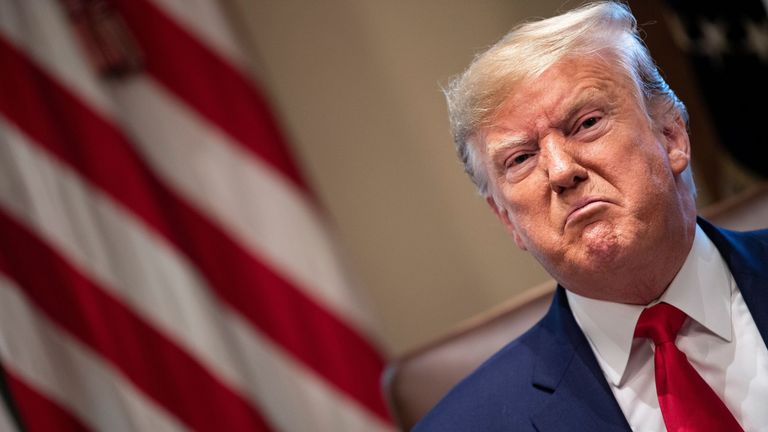 The reports about John Bolton’s book strengthen the case for witnesses and have prompted a number of conversations around my colleagues. 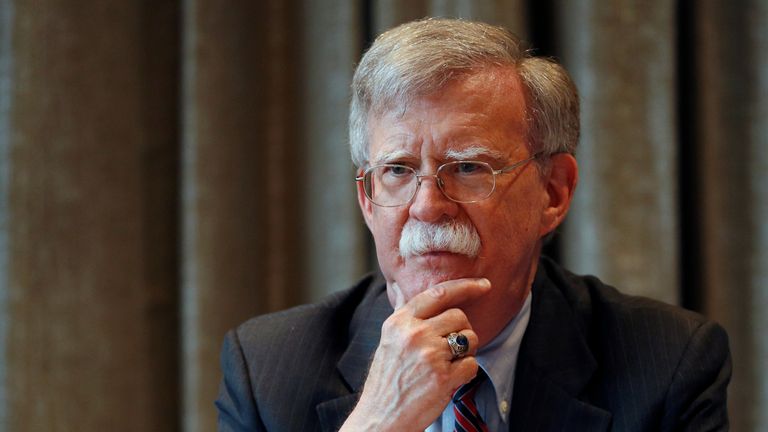