Bangladesh Test and T 20 I captain Shakib Al Hasan was handed a two-year ban by the ICC for failing to report corrupt approaches made by an Indian bookie on numerous occasions in the recent past.

Bangladesh Prime Minister Sheikh Hasina sympathised with star cricketer Shakib Al Hasan and stated that the country cricket board will stand by their Test and T 20 I captain in this difficult period.

Shakib, who is the top-ranked ODI all-rounder, has been found guilty of breaching the ICC Anti-Corruption Code and was charged for not reporting approaches from an alleged Indian bookie, Deepak Aggarwal, twice during a tri-series between Bangladesh, Sri Lanka and Zimbabwe in January 2018 and once during the IPL in April 2018.

As a result, the ICC handed him a two-year ban (1 of which is suspended) with effect from October 29. With a year of ban to be served, Shakib can return to international cricket only from October 29, 2020 – meaning he will miss the Indian Premier League and T 20 World Cup next year.

“It’s clear that Shakib has made a mistake and he’s realized that. There’s nothing much the government can do about the ICC’s decision but BCB will stand by him, “PM Hasina was quoted as saying by bdnews 24.

Bangladesh Cricket Board (BCB) president Nazmul Hassan, who had earlier expressed his disappointment at Shakib’s attitude over missing practice matches and leading the recent players’ strike, softened his stance on the star cricketer after the ICC’s ruling and stated that doors will be opened for him once the ban ends.

“We hope he will come back as a better and wiser cricketer and serve Ba ngladesh for many more years when his sanction will be over.

“During the suspension the BCB will continue to support his efforts at returning to cricket. The BCB respects the ICC’s decision and shares similar sentiments against corruption in cricket, “BCB said in a statement on Tuesday.

Shakib” accepted three charges of breaching the ICC Anti-Corruption Code “, something which went in his favor as he escaped the maximum punishment of five years for the offence.

The development meant that Bangladesh had to find new captains for its Test and T 20 I teams for the upcoming tour to India. Mahmudullah will now lead the T 20 I team against India for the series starting November 3 while Mominul Haque will captain the Test team in the 2-match series.

Get real-time alerts and all thenewson your phone with the all-new India Today app. Download from 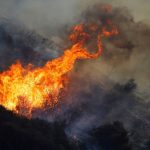