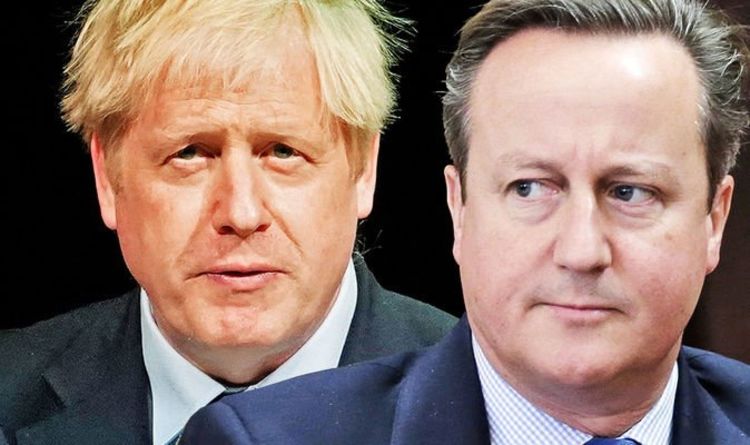 David Cameronmakes the shock new claims in his hugely anticipated memoir, For the Record.Speaking to the Times,Mr Cameron accusedBoris JohnsonandMichael Goveof “trashing the Government of which they were a part”.He said: “I say in the book: Boris had never argued for leaving the EU, right?

“Michael was a very strong Eurosceptic, but someone whom I’d known as this liberal, compassionate, rational Conservative ended up making arguments about Turkey (joining) and being swamped and what have you.

“They were trashing the Government of which they were a part, effectively. ”

But he attempts to play down this attack, telling The Times: “I think what I say is that over the issue of whether or not we had a veto over Turkey, and over the issue of the £ 350 million on the bus, I think they left the truth at home.

“Something I got wrong was that the latent Leaver gene in the Conservatives was much stronger than I thought.

“There were lots of people – councillors, Conservative members, Conservative newspapers, friends – who, as far as I knew, had never expressed the view of wanting to leave the EU and then suddenly decided they absolutely did want to. I didn’t foresee that. ”

Mr Cameron says in the book the current Prime Minister made him laugh, but that he did not always trust him.

He admits to having had “issues ”With Mr Johnson, but insists he wants him to succeed as Prime Minister.

David Cameron says in his book he did not always trust Boris Johnson(Image: GETTY)

Mr Cameron tells The Times : “I want him to succeed. I worked with him well, as I s ay in the book. I also say that he was a capable mayor. He was easy to work with. I thought he was very talented. I wanted him in my government.

“We’ve had issues. Even before Brexit there were sometimes tensions and disagreements but, on the whole, we’ve got on well.

“Look, he’s got a very clear strategy and plan. It’s, you know, not the approach that I would have taken, but I want him to succeed. ”

During the recent Tory leadership campaign, Mr Johnson said the chances of a no deal Brexit under him were “a million to one against”.

David Cameron praised the work he and Boris Johnson did on the London Olympics(Image: GETTY)

The Prime Minister has continued to insist the UK will leave the European Union on October 31 – deal or no deal – despite suffering a series of crushing defeats to rebel Remainer MPs in the House of Commons.

They voted in favor of a bill from Labor veteran Hilary Benn designed to block a no deal Brexit at the end of next month.

The bill then passed through the House of Lords and was made law after being given Royal Ascent by the Queen.

It means Mr Johnson will have to return to Brussels on October 19 to ask for another Brexit extension if a withdrawal agreement has not been passed through Parliament by October 17 .

Michael Gove came under attack from David Cameron in the book(Image: GETTY)

He is refusing to do this, and has even raged he would “rather die in a ditch:”.

Mr Cameron plays down the high odds from the current Prime Minister of a no deal Brexit happening.

He told The Times: “I think the odds are a little bit off – but, as I said, he has a plan which he is pursuing.”

The book, Mr Cameron says he believes the clinching argument for Mr Johnson to join the Brexit bandwagon was probably personal ambition.

He describes how during the London riots in 2011, Mayor Johnson would arrive late to the Cabinet’s emergency Cobra meetings when chaos was sweeping across the capital.

But he told The Times: “I balance it out by talking about his good work as mayor of London and the fact we worked together on lots of things, not least the Olympics. ”

In the book, Mr Cameron writes how he grew tired of Mr Gove’s alienation of teachers, and in 2014 subsequently demoted him from Education Secretary to Chief Whip.

Mr Cameron told The times: “I remember him saying, ‘For once in my life, I find it very difficult to articulate what I’m feeling.’”

The former Prime Minister also claimed Mr Gove promised him he would not play a leading part in the campaign.

Despite their dramatic falling out, Mr Cameron said they have spoken, but “not a huge amount”.

He told The Times: “I’ve sort of had a conversation with him.

“ I’ve spoken to the Prime Minister a little bit, mainly throu gh texts, but Michael was a very good friend. So that has been more difficult. ” 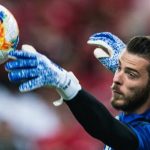 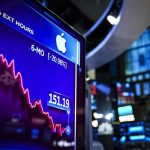