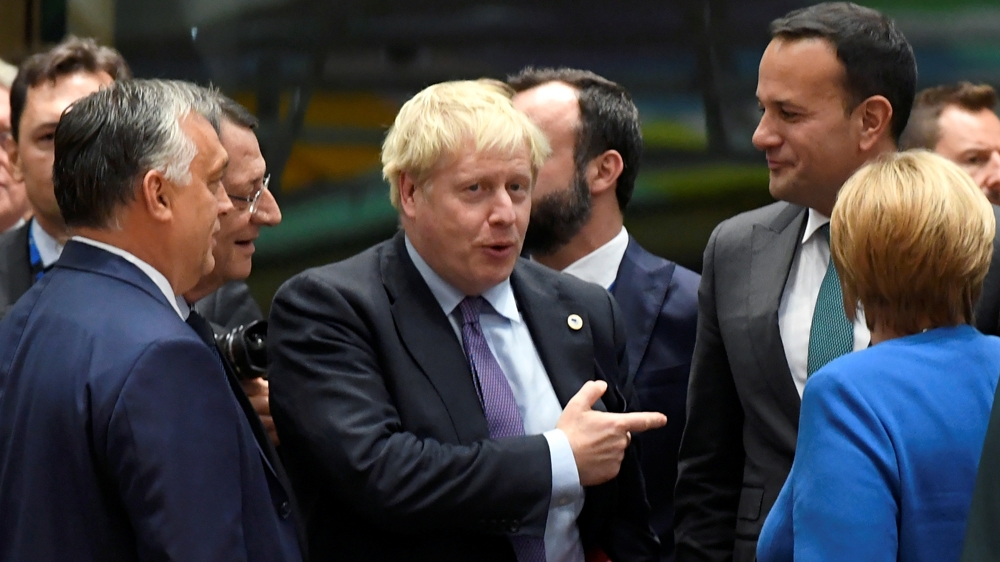 London, United Kingdom –Boris Johnson‘s Brexit deal with Brussels at the expense of unionist politicians in Northern Ireland represents a political victory for theUnited Kingdom‘ s prime minister ,but doubts remain about whether he will be ableto sell it to parliament.

For many in Johnson’s rulingConservative Party, his plan leaves a bitter taste: breaking promises made to the small Democratic Unionist Party (DUP) whose support the Conservatives have relied upon to stay in power while potentially boosting their own party’s chances in a likely election.

However, analysts doubt whether Johnson can defy the arithmetic to win MPs’ support for his deal in the historic parliamentary vote on Saturday, pointing to pressure for him to concede a secondBrexitreferendum that could even halt the UK’s withdrawal from theEuropean UnionCompletely.

European leaders gave Johnson’s deal cautious approval last night yet sent mixed signals about whether it would be the end of the road; leaving open the option of extending Brexit beyond the deadline of 31 October if MPs reject it.

David Jeffery, a lecturer in British politics at the University of Liverpool, who has studied the Conservative Party, said that whatever the outcome, Johnson can make political capital out of the recent developments.

“Number 10 is doing well at the moment, “Jeffrey said.

“Boris Johnson said he could get the EU to reopen the withdrawal agreement, he could bring them back to the negotiating table and get something different, and he was mocked by critics and he has done it, so it’s a personal win. “

Johnson’s deal overcomes the main obstacle to Brexit in parliament that has edged the country towards a “no-deal” exit from the EU. Economists have warned a no-deal Brexit would be a disaster for Britain.

The DUP had led opposition to the so-called “backstop”, an arrangement devised byJohnson’s predecessor former Prime MinisterTheresa Mayto protect the Good Friday Agreement that brought peace to Northern Ireland and under which there must be no physical border on the island of Ireland.

The unionists say Johnson’s new deal means Northern Ireland will be treated differently to the rest of the UK, in effect moving the customs border to the middle of the Irish Sea between the two islands of Great Britain and Ireland.

Tim Bale, professor of politics at Queen Mary University London, said the mechanism means Northern Ireland is “essentially both in and out” of the UK and EU customs unions at the same time.

“The irony is, it’s very like what the EU first came up with a couple of years ago, which Theresa May rejected in favor of her own solution – the Irish backstop,” he said.

Was the DUP sold out?

Johnson will now have to answer key questions about how he treated the DUP, which has flatly rejected his plans.

David Phinnemore, Professor of European Politics at Queen’s University Belfast, agreed with those who say he has in effect “sold out” the unionist party.

“They have got major concerns about customs controls in the Irish Sea and he said there weren’t going to be any and he has now effectively signed up to that,” Phinnemore said.

Queen Mary University’s Bale said that while a majority in Northern Ireland will be relieved about a deal that saves the Good Friday Agreement, the DUP will claim betrayal.

“People who talk about Johnson throwing the DUP under the bus or selling them out have got a point,” he said.

“He made promises about not agreeing to anything that would mean a border running down the Irish Sea that he has clearly broken.”

The prime minister’s treatment of the DUP will be a key factor for determining the support he can muster for his deal in Saturday’s parliamentary vote, which analysts say will be hard to win. The support of Arlene Foster’s DUP is key to maintaining the Conservative majority in the UK parliament [File: Phil Noble/Reuters]

He has lost DUP’s support, the oppositionLabor Partyhas rejected his plan as “worse than May’s”, and rebel Conservative MPs opposed to his plans might be unwilling to back him.

Two key groups now hold the fate of his deal in their hands – a hardline Conservative Brexit caucus in the so-called European Research Group (ERG), and a handful of Labor MPs who may be willing to support a deal to end the deadlock.

Phinnemore said: “The ERG are making noises that they are willing to support this deal, and there have always been questions about how much they really were going to take their cue from the DUP; their real commitment is Brexit . “

Jeffery said that although there was a “two-thirds likelihood” that Johnson would not get his deal through, much depends on how he works Labor MPs.

“He has got a day-and-a-half to convince them: ‘Back this, it is the only game in town’.” Demonstrators at a ‘Stop Brexit’ protest in advance of the European Union leaders summit this week. A mass protest is planned in London on Saturday. [Yves Herman/Reuters]

A theory that puts the spotlight on Johnson’s Brexit adviser Dominic Cummings suggests that the prime minister expects to lose Saturday’s vote as a way to secure the “no-deal” Brexit favored by hardliners.

Jeffery said: “What the DUP might be gambling on, or what Johnson may have up his sleeve is to say: ‘I brought back a deal, but parliament has rejected it, so now we proceed with no deal , ‘and he has got the moral authority to do so because he’s tried the alternative. “

But Phinnemore believes that despite tough language insisting he will push through no deal if necessary – “do or die” – Johnson’s position has shifted and he does, in fact, want an agreement with the EU.

“He has dropped that rhetoric recently and the fact that he has moved significantly on the Northern Ireland dimension to secure a deal reflect the fact that he honestly doesn’t think that a no deal is going to be in the interests of the UK, “he said.

Is a referendum likely?

All eyes will now be on how the parliamentary numbers stack up, and whether supporters of remaining in the EU can engineer a second referendum,the focus of a major march to parliament planned for Saturday.

MPs opposed to Brexit were said to be pulling back from plans to force a vote on a referendum amid fears they do not have enough backing.

Bale said a referendum would be the only thing stopping Johnson from exploiting most potential outcomes of Saturday’s key vote in a forthcoming election.

“It is hard not to see this as a bit of a win-win for Johnson,” Bale said.

“The only fly in the ointment would be if MPs managed to attach holding a confirmatory referendum as a condition of supporting the deal – which would be very awkward for him.” 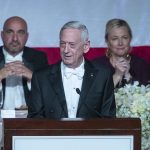