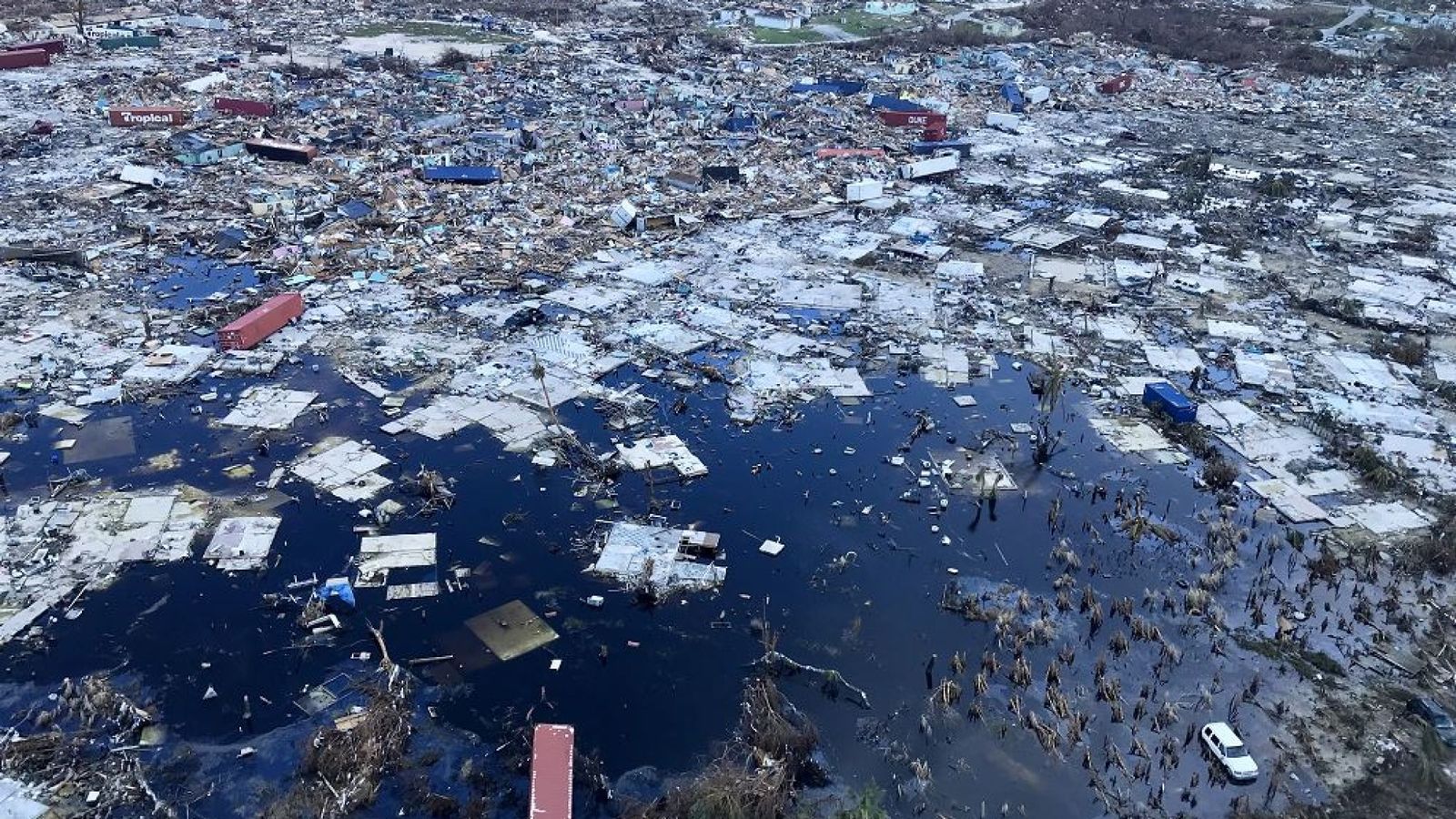 Our helicopter pilot banked sharply to the right so that I could see the ground beneath us, but I couldn’t see any ground – just a mass of splintered wood and rubble, huge piles of it.

That was our first glimpse of the shanty town on Abaco Island known as Mudd and Pigeon Peas.

Home to thousands of unofficial residents mainly from Haiti, the community has been utterly and completely destroyed. There is nothing left. It is impossible to identify what were houses, what were roads. It has all been smashed to pieces by the thunderous power of Hurricane Dorian.

Parts of the Bahamian islands have been described by US officials as if they had been hit by a nuclear bomb. Mudd and Pigeon Peas is ground zero.

Nobody knows how many people died here. That anyone survived at all is a near miracle in itself.

Whatever the current official figures for the numbers of people who died in this town read, they are almost certainly wrong.

For a start nobody actually knows how many people lived in Mudd and Pigeon Peas.

We do know that the night before the hurricane hit, many had ignored orders to evacuate.

When the storm struck with a force nobody had seen before, it was already too late for many to get away. Caught in flood waters and tiny streets that filled with flying debris, those who were stuck didn’t stand a chance.

Incredibly some did survive. We came across small groups sharing battered houses that at least survived, if not entirely intact, the full force of the storm.

They all seemed somewhat dazed as I approached to talk with them, jumping over downed power cables to reach a porch where some rested in the mid afternoon sun.

They spend their days trying to work out what they are going to do.

They all agree that they need to leave the island but they have absolutely nowhere to go and no means of getting there even if they did.

“Some people have family on other islands,

“I have nobody and nothing, I just have this shirt,” he said.

Most have lost everything and many have lost friends and family. They don’t say it, but they use the word lost to avoid openly admitting that their loved ones are dead.

“I haven’t seen my mother or my son since the storm,” Anna Aristine told me.

Her son survived the storm but was badly hurt and cut on his body and head. He left to try and find medical help. She hasn’t heard from him ever since.

The stories of survival are remarkable. Many of this small group of men, women and children have nasty injuries.

Evna Francois removed a white towel wrapped around her hand.

She showed me her fingers, the top of two of them are black and bloody, they were sliced ​​off by a door slamming onto her hand as she escaped her home with her children. She had no choice but to keep going, her home was falling apart.

Eventually in the midst of the storm they lay on the ground.

For now at least, these are the lost survivors of Dorian. They are hoping that the aid effort will eventually help them. But it is still an ad hoc affair and some communities have still not been reached by land because the roads are impassable.

At the airport in the town of Marsh Harbor, where Mudd and Pigeon Peas was situated , huge US military planes, helicopters and civilian aircraft are beginning to bring in badly needed supplies and recovery equipment.

Small groups of survivors wait to try catch a ride to the United States or other islands.

The NGO operation is being led by Samaritan’s Purse. They are about to start delivering tarpaulin sheets to the people who remain on the island so that they can build shelters from the sporadic rain storms that keep hitting Abaco.

The damage to Marsh Harbor is huge and this remains an emergency.

This type of disaster doesn’t end when the hurricane passes. Sometimes it actually gets worse. 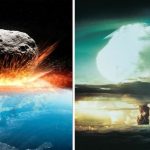