13. SIX!Length delivery from Soumya Sarkar and Shreyas Iyer launches it over the long-on fence. Exquisite timing on that occasion from Iyer.100 comes up for Indiaas well with that cracking strike. IND 104 / 3

12 .1 overs: OUT!And straight after the drinks break KL Rahul departs. Mistimes Al-Amin Hossain’s delivery and hits it down the throat of mid-off fielder. Rahul walks back after scoring 52 runs. IND 94 / 3

50 for KL Rahul!
What an impressive knock this has been from him. Gets to his sixth T 20 I fifty off just 33 balls. Has taken the India innings forward superbly after early loss of openers. IND 93 / 2 after 11 5 overs

10 .4 overs: SIX!Shreyas Iyer joins the party. Goes down town against Aminul Islam and connects the ball to perfection. The ball crashes into the sight screen. IND 83 / 2

Halfway through India’s innings and the hosts are 71 / 2. What will be a good score? #INDvBAN ➡️… https://t.co/5pT4wTvfXL

9.4 overs: FOUR!Second boundary of the over for KL Rahul as he moves into the 40 ‘s. This time he hits Mustafizur Rahman over mid off fielder to collect his sixth four. IND 69 / 2

End of 9th over: Tidy over from Aminul Islam comes to an end. Five runs including a couple and three singles from it. Both. Iyer and Rahul at the moment looking to rotate strike and keep the scoreboard ticking. IND 59 / 2

6.3 overs: FOUR!KL Rahul at the other end doesn’t seem bothered at all by the loss of two wickets. What a confident looking shot that was. Cuts Aminul Islam’s delivery beautifully through point region to collect four runs. IND 46 / 2

5.5 overs: Dropped!Aminul drops a sitter at backward point. Should have been second wicket in the over for Shaiful Islam. Shreyas Iyer hits it straight into the hands of Aminul but he goofs it up. Shreyas gets a crucial lifeline. IND (/ 2)

5.2 overs: OUT!Shikhar Dhawan’s aggressive knock comes to an end. Was trying too hard to make the most of powerplay overs. This time he skies the ball and Mahmudullah completes a good catch at mid-wicket region. Second wicket for Shaiful Islam. IND 35 / 2

End of 5th over: FOUR!Boundary to end the over. Shikhar Dhawan is looking in sublime touch. This time he cracks the ball through covers to collect his fourth boundary. Poor start from Mustafizur as he concedes 9 runs in his first over.

4.1 overs: Bang! FOUR!A cracking pull shot from Shikhar Dhawan this time. Short and on the pads and Dhawan throws his bat at it. Finds the middle as the ball races to the square leg fence. IND 30 / 1

End of 4th over: After a wicket maiden, Shaiful Islam gives away 12 runs in his second over. Both KL Rahul and Shikhar Dhawan are looking to take on the Bangladesh bowlers. Change in bowling for the visitors as Mustafizur Rahman comes into the attack. IND 25 / 1

3.2 overs: FOUR! FOUR! KL Rahul now gets going. A couple of cracking boundaries. The first one was an uppish drive down the ground and then cracks the second one through covers. IND 21 / 1

2.3 overs: FOUR! FOUR!Counter attack from Shikhar Dhawan and he collects consecutive boundaries off Al-Amin Hossain. Shuffles across on the first ball to hit it through square leg region and then goes down to to pick up another four. IND 11 / 1

End of 2nd over: A wicket maiden from Shaiful Islam. The first maiden of the series. What a start this has been for Bangladesh.IND 3/1

WHAT A START FOR SHAFIUL ISLAM HE BOWLS ROHIT SHARMA 🔥 https://t.co/dD033 btUhV

1.3 overs: OUT! Knocked him over!Inside edge and the ball crashes onto the leg stump.Rohit Sharmafails to fire in series decider. Early blow to India! Shaiful Islam castles Rohit for 2.IND 3/1

End of 1st over:Three singles from Al-Amin Hossain’s first over. A tidy start from him and Bangladesh. Both Rohit Sharma and Shikhar Dhawan are off the mark. Shafiul Islam to share the new ball with Hossain from the other end.IND 3/0

0.2 overs: Single to get off the mark for Rohit Sharma. Hits it through covers and Shikhar Dhawan is quick to respond.IND 1/0

Rohit Sharma and Shikhar Dhawan are out in the middle to start the India innings. Al-Amin Hossain will start the proceedings for Bangladesh. A wide first slip in place for him.Here we go!

Captains at the toss! )

Rohit Sharma: “We would have bowled first as well. It’s a great challenge for us to bat first and post a good total. Teams batting first have managed to defend scores because of the slowness. The records are not for taking. It’s another day in the office, loving to play for my country. I have cherished it. Manish comes in for Krunal. “

Mahmudullah: “We’ll bowl first. The wicket looks good. India is a good chasing team, we ‘ll try to restrict them as low as we can so that we can chase it down. It was in our minds, but we have considered dew factor as well. In the middle-overs, the run-rate has to be there and we have to keep wickets for the last few overs. Mithun comes in for Mosaddek. “

Playing XI for both teams!

A look at the Playing XI for #TeamIndia. Manish Pandey IN place of Krunal Pandya. https://t.co/ogpNlT2TH5

One change in the Bangladesh Playing XI. Mohammad Mithun comes in the side replacing Mosaddek Hossain. # BANvIND… https://t.co/uFVjHkn1vt

Team news: A change each for both the teams. For India, Manish Pandey comes in for all-rounder Krunal Pandya. Mosaddek misses out, Mohammed Mithun comes in for Bangladesh.

Bangladesh Captain Mahmudullah wins the toss and elects to bowl first in the 3rd and final T 20 I against # TeamIndia.… Https://t.co/K2CXa0gWJz

Pitch report: “The pitch won’t be too much of an issue. There’ll be a bit of turn. The grass has come off a bit. Once the ball keeps landing there, it’ll turn more. Teams batting first have won more here; the captains would still want to chase, “said Sunil Gavaskar.

Players from both the teams are out in the middle, warming up for today’s game.

Yuzvendra Chahal (49 wickets) is just a wicket away from becoming only the third Indian bowler after Ravichandran Ashwin (52) and Jasprit Bumrah (51) to get to 50 T 20 I-wicket mark. 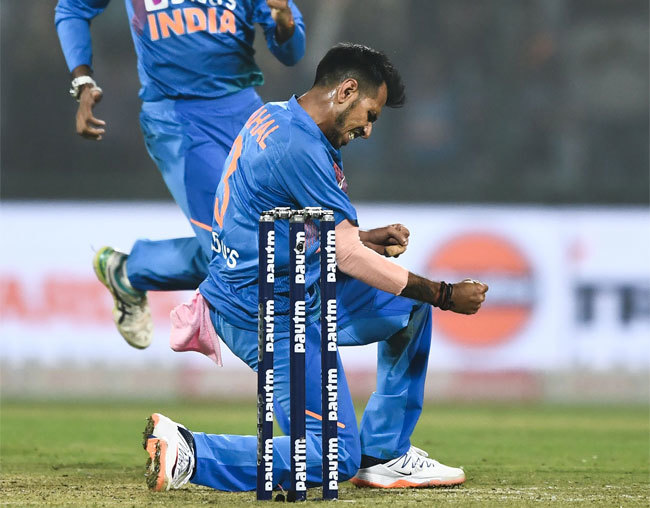 A moment to cherish and remember for Team India!

henWhen #TeamIndia caught up with the Suryakiran Aerobatic Team of the Indian Air Force in Nagpur @ Suryakiran_IAF… https://t.co/xv2k0tNRZ4

Hello and welcome to TimesofIndia.com’s live coverage of the third and final T 20 I between India and Bangladesh in Nagpur.

Previous Bitcoin Price Will Moonshot $ 500,000 Within 10 Years After Flipping Gold, Says Bobby Lee, Crypto Coins News
Next Why Do So Many People Claim Social Security at 62? – The Motley Fool, Fool.com

NEW DELHI: Prime Minister Narendra Modi on Thursday signalled a major push to boost investments in the country and capture a part of the supply chain that is expected to move out of China as global corporations look to diversify their production base in the aftermath of Covid-19. Modi discussed strategies to attract investments with…