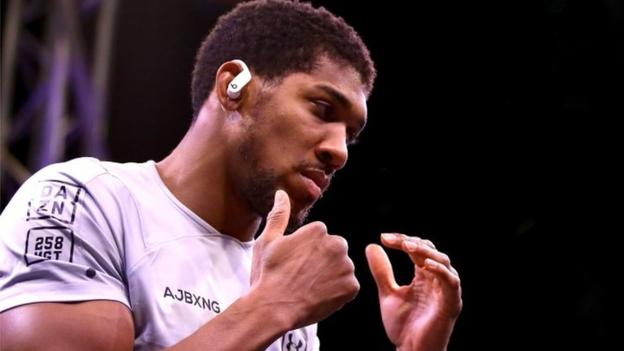 Anthony Joshua has something to get off his chest.

As he nears his rematch with Andy Ruiz Jr in Saudi Arabia on Saturday, the former world heavyweight champion has repeatedly promised to “tell everyone” the story behind his shock defeat on 1 June – if he wins this time.

Wild conspiracy theories have been shot down by his team but the 30 – year-old’s words mean there is little doubt he feels something sent him into their first meeting on a weakened footing.

But what could he possibly reveal? And what did the 5 Live Boxing team glean from Tuesday’s public workouts, where Ruiz showed the kind of dazzling hand speed that caught even Joshua’s eye.

Here are four key points from the fight Week so far.

As Ruiz worked out under the Riyadh night sky, Joshua at one stage looked back at the ring, his smile disappearing as his rival fired off rapid shots.

Around 300 people surrounded the ring as the 30 – year-old Mexican went through his repertoire and BBC Radio 5 Live Boxing’s Mike Costello and Steve Bunce were intent on not overlooking the clues they missed before that June upset.

“Suddenly, just like in New York, you realize how fast he is, “said Bunce. “He throws the left hook that troubled Joshua, it’s like lightning.

Joshua’s physique has drawn scrutiny, with some – including promoter Eddie Hearn – stating he could” surprise people “by being lighter in order to aid speed.

Bunce saw no extreme weight loss as the Briton trained in a tracksuit, and internet speculation that Ruiz has slimmed down also appeared to be wide of the mark.

“Beneath the black T-shirt he is still carrying plenty of flab but he moves rapidly from the waist,” said Costello. “The ease of his movement and blistering speed of his punches grabs me . “

The open workouts came 24 hours after Joshua again referenced “obstacles” and how he “went wrong” in the build-up to face Ruiz at Madison Square Garden.

We know his father angrily approached promoter Hearn in the ring after the loss, increasing speculation something was amiss.

It is also understood that some in Joshua’s team were not keen on Ruiz being the late stand-in opponent after Jarrell Miller failed multiple drugs tests.

His training has also come under scrutiny and Joshua has pushed to include more boxing in his regime. At his workout, he spoke of an “evolution” in his approach.

And he has also alluded to being “drained” last time out. Could it be that this is what was actually the root of his frustrations? Media commitments and commercial responsibilities have since been tightened to reduce his workload.

It is growing increasingly clear that a series of small frustrations built up before he lost the WBA, IBF and WBO titles . Should he win his belts back on Saturday, his account of one of the sport’s most shocking defeats could be illuminating.

Appearances on talk shows, a meeting with his country president, a lavish new home and high-end cars began to appear on his social media pages, prompting questions as to whether he could maintain his hunger given his new status.

“Andy Ruiz in New York, we interviewed him and had 20 minutes with him, “said Bunce. “Now we get a couple of minutes.

” It’s a different ballgame now as he has been catapulted into stardom. More diamonds, more watches, houses and pressure. He has never had this before. “

Bunce has been impressed with Joshua’s approach to fight week, saying the Briton appears focused and a” different fighter “mentally to the one seen in New

“His team have told me he is simply here to win, not win people over,” said Bunce.

Costello added: “He is talking like a man who is needing, I don’t want to say to salvage his career as that is too strong, but it’s not far short. It is not all over if he is beaten here – it depends how he is beaten – but it would be a long, long way back. “

Is Saudi taken by the fight?

Joshua and Ruiz worked out in the same ring that will stage Saturday’s Diriyah Arena bout. The ring – which has been transported from London’s York Hall – will subsequently be housed in a Saudi royal palace as

Mike Goodall, who organized the shipping and construction of the ring, said: “We have to build it in the prince’s palace. He’s a boxing enthusiast. Blood, gore, everything that’s on it, he wants it in his palace. “

Organisers have sought to showcase the country as a tourist destination by staging the event and put forward a deal that will reportedly earn Joshua around £ 70 m. However, talk of the fight in Riyadh itself has so far been at a premium.

“It will be lively rather than raucous if this is any guide to the make up of the crowd on Saturday, “said Costello when assessing those in attendance at the open workouts.

” There is no roof on the stadium but it may not be the kind of noise to raise it. “ 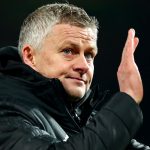 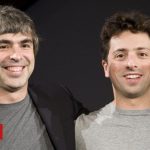