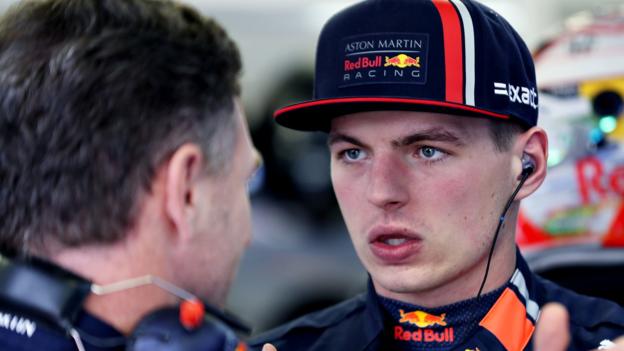 Lewis Hamilton starts the Mexican Grand Prix third, knowing he could be a six-time champion by the end of it, but also that the odds are against that happening on Sunday.

The Mercedes driver has to out-score his team-mate Valtteri Bottas by 14 points to seal the title in Mexico City, which means he has to be on the podium at least and hope Bottas’ result goes his way.

If he does not achieve it on Sunday, he will surely do it a week later at the United States Grand Prix in Austin , Texas. But Hamilton says it is the last thing on his mind. And the way he puts it, you believe him.

“I just think about what I’ve got to do,” he said after qualifying on Saturday. “I can’t control what happens with Valtteri. All I can do is try to control my future – how I progress through the race and do my due diligence [before it].

“I’m just thinking of trying to be perfect and ultimately how I think is if I do my job right I should get to where I’m trying to go. And whether it’s this weekend or in the next four races, it doesn’t really matter as long as it gets done.

“I just don’t think about it. I’ve been racing a long time and you have to find a way to control your nerves and I have none.”

For a while on Saturday, it appeared as if Hamilton had been gifted an extra chance by Bottas’ heavy crash at the end of qualifying.

Normally, a driver would expect to need a new gearbox after an impact of that size, which would mean a five-place grid penalty. And perhaps other changes that might incur penalties, too. But Mercedes F1 boss Toto Wolff said on Saturday evening that he was “90% certain “they would be able to repair the car without penalty. “We got away with it,” he said.

Hamilton’s initial focus will be on keeping Max Verstappen’s Red Bull behind him. The Dutchman has been on fire and would have started the race from pole position had he lifted off for yellow warning flags as he passed Bottas’ crash.

But he didn ‘t – and admitted as much in the news conference afterwards, in comments that raised a number of eyebrows.

“I think we all know what a yellow flag means , “Verstappen said. Pressed on why he did not slow, given the safety concerns, he said: “Do we have to go there? To safety? I think we know what we are doing – otherwise we would not be driving an F1 car. It’s qualifying and, yeah, you go for it. But like I said before, if they want to delete the lap, then delete the lap. “

Oddly, it seemed to take Verstappen’s public admission to trigger the stewards into action, when they were initially not looking at the incident at all, despite the obvious evidence.

Either way, Verstappen must be ruing the decision not to slow – because his first lap was also good enough for pole. And as he should know, deleting the lap was not the penalty – a three-place grid drop was, as is standard procedure in the circumstances.

Ferrari’s Charles Leclerc will now start first, and he will not be that happy about it. Before the penalty was confirmed, he said his original second place was the ideal start place for him, and he “hoped” to keep it, because he wanted to tow Verstappen on the long straight to the first right-left-right combination of corners and take the lead.

Now, he has no tow, and team-mate Sebastian Vettel next to him. Will Ferrari impose team orders again? Last time, in Russia two races ago, it ended in controversy, when Vettel refused to do his part of a pre-race agreement and ignored orders to let Leclerc back past him after Leclerc did his bit in letting Vettel pass him down the run to the first corner?

Leclerc will be far less keen to let Vettel have the lead this time, partly because of Vettel’s behavior in Russia, but also because the high altitude in Mexico gives a bigger advantage than normal to the driver in the lead.

“The one who will be first after Turn Three will have a huge advantage,” Leclerc said. “First you have clean air, which is the same on every track. But here there is a big thing which is cooling and being behind straight away you have to do some lifting off, which will be a big factor.”

After that, the race is expected to be dominated by tire wear, after all teams had problems in practice.

Hamilton and Mercedes were struggling with this more than Red Bull and Ferrari in practice, and Mexico has not been a happy hunting ground for them in the last two years in terms of performance.

Despite that, Hamilton has secured the title at this race in both 2017 and ’18. He could make it three years in a row. But on the evidence of the weekend so far, you wouldn’t bet on it.

How Hamilton can win the title in Mexico

Off track, the teams and F1 are in a holding pattern ahead of the publication of the long-awaited 2021 regulations on Thursday next week.

F1 and governing body the FIA ​​been working on them for nearly two years, with the intention of creating a set of rules that close up the field and make the cars more raceable by allowing them to follow each other more closely and therefore overtake more readily.

But the big three teams are not happy, arguing that the rules are flawed as they stand, that the cars as proposed will have fundamental aerodynamic problems, that F1 is trying to do too much all in one go – a budget cap, standard parts and a new revenue distribution are also being introduced – and that it is not addressing the key issues.

Before the Japanese Grand Prix, as BBC Sport reported in Suzuka, six of the 10 teams indicated that faced with the choice of the 2021 regulations as they stood or sticking with the existing rules, they wouldchoose to leave things as they are.

Mercedes, Red Bull and Ferrari have since proposed an alternative set of rules, aimed at achieving the same objectives but – they say – fixing the flaws in the 2021 rules as are. But these were rejected by F1 and the FIA.

A compromise solution was proposed by Red Bull, which was to bring in the budget cap in 2021 as planned but delay the technical rules by a year to “develop and evolve them”, as team boss Christian Horner put it.

“If another 12 months was taken to develop that concept, “Horner said,” and bring in something that works and perhaps addresses some of the other issues like weight and so on, I think would have been perhaps a more beneficial approach. “

This, too, was rejected by F1 and the FIA.

As things stand, the 2021 rules are set to be published next week with what the big teams would regard as only minor – and fundamentally insignificant – adjustments from their original publication. Some are withering about F1’s approach. “We have been telling them about the problems for 18 months, “one senior figure said,” and they just haven’t been listening. “

Ferrari have been clear in their opposition to the 2021 rules, although in the last few weeks some steps have been made by F1 and the FIA ​​in the direction the top teams were asking for.

Among them are that plans for a standard braking system have been abandoned, while teams have been granted a higher level of permissible aerodynamic development compared to the initial draft, albeit not exactly as requested by the top teams.

The big question now is how will Ferrari react? Because, unlike the other teams, Ferrari have the power to do something about it. Their contract with F1 carries a power of veto over anything they consider to be counter to their interests, although not everyone agrees this applies in this case, and it would certainly be challenged in court by F1 and the FIA ​​if Ferrari exercised the nuclear option.

Will they use it? For now, team boss Mattia Binotto is not saying.

This has not been a great week for the Renault F1 team, all in all.

Already having a difficult season in which they have fundamentally failed to achieve their objective of closing on the top three, on Wednesday both their cars were disqualified from the Japanese Grand Prix for having an illegal driver aid.

Renault have since been at pains to point out that the system has been on the car since long before this year, had never been questioned before and have emphasized particularly the aspect of the judgement that said the automatic brake-bias adjustment system on their car did not breach the technical regulations. This, they said in a tweet on Friday, meant it was “a legal system”.

In one sense, yes. But not in another – because both cars were thrown out because they had it and it contravened the sporting regulations.

In the grand scheme of things, this is a relatively minor issue, but the timing could hardly have been worse, because on Friday Renault’s interim chief executive officer Clotilde Delbos announced a root and branch review of all the company’s activities –including their F1 involvement.

In a call with investors, Delbos made it clear that she was not specifically targeting F1 but she added that “everything can be on the table at some point. This is a deep review of our strategy and of our plan”.

The strategy she referred to is one put in place by former CEO Carlos Ghosn, currently on bail in Japan facing charges of financial misconduct, which he denies.

It would be wrong to paint Ghosn as a champion of Renault’s F1 involvement – he took some convincing to give the company’s re-entry as a constructor in 2016 the green light. But give it he did.

It was Renault F1 boss Cyril Abiteboul who did the convincing and now he has to do it all over again. He said in Mexico that he was “optimistic” that the answer would ultimately be “positive”.

But before they provide it, Renault will be looking at the team’s progress, what they think of the proposed F1 revenue structure and rules, and whether an F1 involvement fits their needs as a car manufacturer in an industry that is rushing headlong towards electrification.

And Renault are not the only company in a similar position. Honda, too, are known to face opposition to their F1 program from some board members.

As Horner pointed out, as he sat in a news conference alongside Wolff on Friday: “There’s a lot of discussion going on behind the scenes but there’s no team with any commitment to Formula 1 past the end of 2020. Honda, wisely, are waiting to see how the technical regulations, the sporting regulations pan out, and the commitment of the teams to the relevant Concorde Agreement, so I think we ‘re in a relatively similar position to the other teams around me. “

In that context, the commitment of Ferrari – the only ever-present company in F1 since its inception in 1950 – becomes all the more important . These are uncertain times in F1. 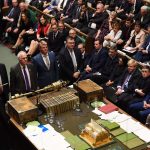 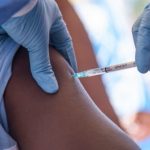