The Liberal Democrat conference has started with an air of mystery as rumors circle that another MP could be about to defect to theanti-Brexit party.

There continues to be rumors that another could be about to join their number, making it six defections in 2019.

The running order to a member’s rally, due to be held at 6. 15 pm, mention that leader Jo Swinson will introduce a “mystery man” to the conference hall.

A defection would be more good news for leader Mrs Swinson, who is preparing to strengthen her party’s pro-European Union credentials before any upcoming snap election.

She will be asking members to sign-off on her policy of revoking Article 50, without the need for a second referendum, if the Lib Dems win a majority at the next election.

Mrs Swinson said: “We got into this mess as a result of having a referendum in the first place and that (revoking Article 50)) is the only satisfactory way out of it. ”

It would strengthen the party’s position against Labor and the Green Party, with Jeremy Corbyn’s Opposition favoring negotiating a new deal with Brussels if it is victorious at the polls, with those fresh terms then put to a public vote.

Arriving smiling at Bournemouth International Center on Saturday morning, the East Dunbartonshire MP has been busy touring the venue and taking to the streets to meet would-be voters.

Baroness Sal Brinton, president of the Lib Dems, said in her speech on Saturday that the new MP recruits were “learning fast”.

“They have also been on a journey to becoming Liberal Democrats, and they are learning fast. As a party, we are on that journey too, ”she told members.

The peer hit out at the “vindictive”Prime Ministerand his “sidekick” Dominic Cummings for ejecting 21 Tory rebels who voted against the Government on the issue of keeping a no-deal Brexit on the table.

There has been talk of bringing the former PM’s deal back for a fourth time, albeit with alterations to the backstop negotiated by Mr Johnson.

Speaking at a fringe event, Sir Vince said Conservative and Labor MPs could vote for a version of the deal but confirmed the Lib Dems would insist any exit agreement be subject to a referendum, with an option to remain.

He said: “It does put us into new political territory. I think we have to prepare for it mentally and emotionally. ”

But Mrs Swinson, whose party still only has 17 seats in the House of Commons, despite the defections, has ruled out going into coalition with either of the two major parties – a stance that would hinder the chance of getting the opportunity to undo Article 50. 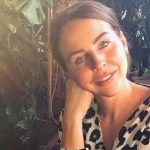