Arecord number of MPs have changed their party label during this parliament.Last week another 25took thetotal since 2017 to 73.

Twenty-one of them were Conservatives, led by former chancellorsPhilip Hammondand Kenneth Clarke, who had the whip removed because they voted against the government last Tuesday to pave the way for a law to block a no-dealBrexit.

One, Phillip Lee, actually crossed the floor while the prime minister was speaking from the dispatch box to join the Liberal Democrats. Another, Amber Rudd, resigned as a minister and gave up the whip at the weekend. (The other two switchers were Luciana Berger and Angela Smith, going from independent to Liberal Democrat.)

So what will happen to the 21 – the 22 including Rudd – who are currently listed asindependents on the parliament website?Having the whip removed is the traditional way of saying that they are no longer members of the Conservative Party in parliament.

And that means – under rules brought in after Neil Hamilton stood as a Tory candidate in 1997 and there was nothing John Major, the party leader, could do about it – that they cannot stand as official Tory candidates at the next election.

If the expulsions stand, the careers of most of these MPs are over. That is why there has been such a sharp reaction across the party to such drastic disciplinary action.

In many cases, this is a price they are willing to pay, because they were intending to leave parliament anyway at the next election. But it is notable that Rory Stewart, the former international development secretary, is considering standing as an independent conservative in his Penrith constituency – and that the Liberal Democrats might agree to stand aside for him.

Rudd also says she will stand as an independent at the election, but not in her Hastings and Rye constituency, where she had a majority of just 346. The speculation was that she might stand in Boris Johnson’s Uxbridge constituency, where a split Tory vote might might cost the prime minister his own seat.

Broadly, there seem to be three possible futures ahead for the ex-Tories.

First, they could be out of parliament, possibly trying to damage Johnson on their way out by standing as independents.

Second, they may be forgiven. If the prime minister manages to get a revised Brexit deal through parliament in October, with their support, he could happily readmit them. They would then have the additional satisfaction of watching the same disciplinary treatment handed out to the no-deal Brexiteers, if the likes of Steve Baker, John Redwood and Owen Paterson vote against the new deal.

The third possibility is that MPs continue to refuse to vote for an election. It is possible that, if Brexit is delayed again and Johnson manages to avoid the blame, Labor MPs will find more reasons for not voting to dissolve parliament. Or, if Brexit is delayed, Johnson is blamed and slumps in the polls, he may not want to have an election. He may opt for a referendum next year instead, for example.

In that scenario, the 22 could organize as a party, possibly with Nick Boles, and call themselves Independent Progressive Conservatives.

So their careers may not be over yet. 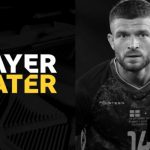