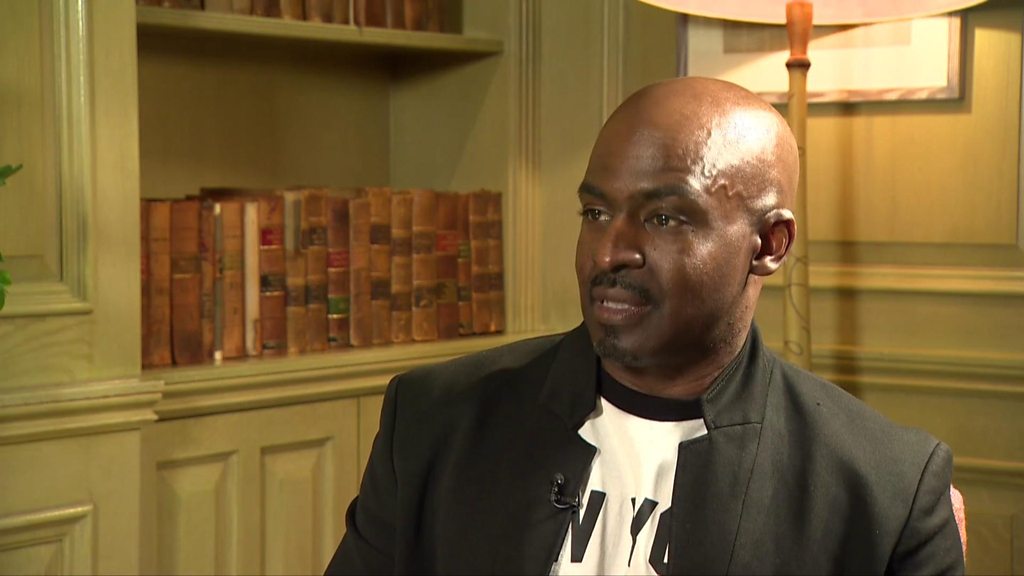 An American academic has given a graphic account of the moment the London Bridge stabbing attack began, saying it “felt like a warzone”.

Bryonn Bain told the BBC that victim Jack Merritt had been the first person to confront Usman Khan when he launched his knife assault during a prisoner rehabilitation conference on Friday.

“I saw people die, I saw things that I will never be able to unsee, “he said.

Three other people were also injured in the attack before Khan was shot dead by armed officers on London Bridge – two are still in hospita l in a stable condition.

Prof Bain said former offenders attending the University of Cambridge-linked conference “stepped up and intervened” to tackle Khan, and people at Fishmongers’ Hall owed their lives to the actions of those who had previously spent time in jail.

He said two men from his performance poetry workshop immediately ran towards shouts from elsewhere in Fishmongers’ Hall in the City of London as the attack began, and as shouts grew louder he also went to assist.

“That’s when I ran down and saw the scene unfolding there,” he said. “I was able to see the attacker.”

“I want to honor him,” Prof Bain said of Mr Merritt. “I want to honor his father’s wishes which have been explicit to not have his life be used for political purposes to ramp up draconian policies, because that’s not what he was about.”

Writing in the Guardian, David Merritt says his son “would be seething at his death, and his life, being used to perpetuate an agenda of hate that he gave his everything fighting against “.

The article calls for a justice system that focuses on rehabilitation, rather than revenge, and criticises indeterminate sentences, saying his son worked for “a world where we do not lock up and throw away the key”.

Prof Bain added: “I want to make sure that as much as possible that we uphold the heroes of the day, were formerly incarcerated people, some of the folks who are often easiest to dehumanise.

“They stepped up and many of the folks in that space would not be here today if it weren’t for these guys who did time in prison and literally saved lives. “

In other developments on Monday:

Vigils for the victims of the attack were also held in Cambridge and Anglia Ruskin University, which Ms Jones

Mr Merritt and Ms Jones both studied for masters degrees at the University of Cambridge’s institute of criminology and had been taking part in an event for itsLearning Together program– which focuses on education within the criminal justice system – when they were killed.

Mr Merritt, from Cottenham, Cambridgeshire, was a co-ordinator of the Learning Together program and Ms Jones, from Stratford-upon-Avon, Warwickshire, a volunteer

The victims’ familiespaid tribute to their loved onesat the weekend.

In a statement, Mr Merritt’s family described him as a“talented boy” who “died doing what he loved”

Toby Williamson, chief executive of Fishmongers’ Hall, praised the bravery of his staff who intervened to stop the attacker, hailing their actions as “extraordinary things done by ordinary people “.

Mr Williamson told how Polish chef Lukasz suffered five wounds to his left-hand side as he fended off the knifeman with a narwhal tusk during” about a minute of one-on-one straight combat “- allowing others time to escape danger.

A group of hall staff, ex-offenders, prison and probation staff are believed to have drawn Khan out on to London Bridge where he was subsequently shot dead by armed police.

Khan, who admitted preparing terrorist acts in 2012, was released from prison in December 2018 after serving half of his sentence.

The BBC understands Khan was formally under investigation by MI5 as he left jail but placed in the second-to-bottom category of investigations as his initial risk to the public was thought to be minimal.

This was consistent with the grading given to most other people convicted of terrorism offences as they go back into the community under a release license.

A low level of prioritisation is assigned to offenders such as Khan because their release comes with a strict set of license conditions.

These conditions theoretically provide suitable monitoring and oversight, such as alerts if they contact other suspects or travel outside an approved area.

Khan, the BBC has learned, was on the highest-level of such community monitoring. The overall package, in theory, relieves pressure on MI5 so the security service can focus on more immediate threats.

Friday was the first time that Khan, who wore a GPS tag , had been permitted to travel to London since he left prison. The BBC has been told that – earlier in the year – Khan was refused permission to travel to Stoke-on-Trent, which is where he grew up, in order to attend a social event.

The prime minister said on Sunday that74 people jailed for terror offences and released early would have their license conditions reviewed..

It came after theUK’s terrorism threat level was downgraded on 4 November from “severe” to “substantial”, meaning that attacks were thought to be “likely” rather than “highly likely. “ 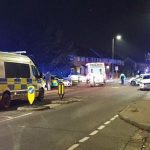